Lee Ann Brown showed me Lamar Wilson’s poems last year when she was the judge for Carolina Wren Press publication contest that Lamar had entered and won!. I remember really liking the poems then, but was entirely smitten last week when I saw the poems had become a book, Sacrilegion, and heard Lamar read at New College. Earlier tonight I was reading this article on the Huffington Post’s website, and afterward felt a jolt to go grab Lamar’s poems from the shelf and listen to Stevie Wonder!

In the opening poem for Sacrilegion Prelude: I Can’t Help It, Lamar writes, “I am a lone dandelion in a field,” which made me want to read to him a passage from my book Parasite, “Give a dandelion to a sage and its buds, leaves and greens will be eaten; the flowers turned to wine and the roots used as a substitute for coffee.” Dandelions are magick! 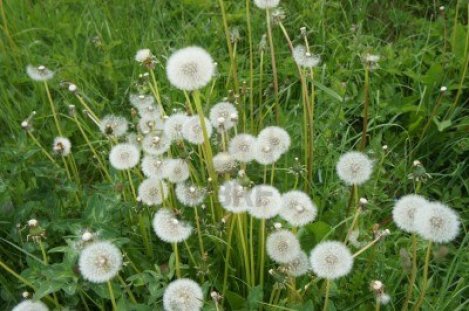 Lamar invites readers to “Come. Blow me to bits.” And when I saw him singing at his reading, I think I wasn’t alone, and everyone was feeling like taking him up on the offer.

The middle of Lamar’s book folds out into a poem in the shape of a cross wherein Lamar seemingly stretches into everyone and everything somehow gets etched into him. Lamar sang parts when I heard him deliver the poem, but on paper it’s like an entirely new experience. In a way it strikes you dumb as it’s so few words repeated over and over again effectively creating a metaphysical narrative. It seems so simple but it reaches so far.

But don’t let the sunny disposition I’m painting fool you, in Lamar’s poems there are scars that won’t heal juxtaposed with lyrical spiritual revelations, but then you realize his desire for grit and for soul and for a better body and for his deaf nerves to sing and to come to terms with its deafness. Wasn’t it Whitman that taught us to revel in our contradictions? And isn’t good poetry an exploration of our inner worlds?

Earlier this evening, I also began reading a manuscript Shelley Marlow recently sent me to look at, it’s a novel called SWANN IN LOVE AGAIN/ THE LESBIAN ARABIAN NIGHTS: aka the lesbians of arabia, it’s great, it’ll probably eventually be published, the novel opens with a quote that has been on my mind ever since and I feel appropriate considering….

I don’t romanticize the crazy trip any more than Laing and his people do and this is a big misunderstanding. The thing is although it isn’t the perfect solution to anything, it is a way and it’s a way we need to know a lot more about and I’d even hazard the thought that when we have a body of literature descriptive of the “inner journey” comparable to what we have in space and mountain and jungle and underwater exploration that we’ll be a civilization on it’s way to recovering a lost unity of inner and outer. — Jill Johnston, Gullibles Travels, 1974.

Part II of Lamar’s book warns, “Millions didn’t make it but I was one of the ones who did.” Is this why so few ever delve into the “inner journey” of others? In my opinion, this is at the heart of the problem and reason for the continued perpetuation of racism, homophobia, body fascism, etc., and all the other “F-You” sentiments which worship pain seem to reject the inner lives of others.

Lamar writes from a position which suggests much pain has been experienced, yet he defiantly creates worlds within his work as he simultaneously struggles to come to terms with his own body, he also resolves to courageously declare that he’s not afraid anymore to search for one man to share with him in a “santifunked” love that will forever grow darker in the best of ways.

Lamar shows us the joy of being allowed access to another person’s “inner journey”, and joyfully offers a rare glimpse into the intersections of divine spirit and faggotry.

Here’s the whole reading I saw… loved the work of francine j. harris and Randall Horton as well!